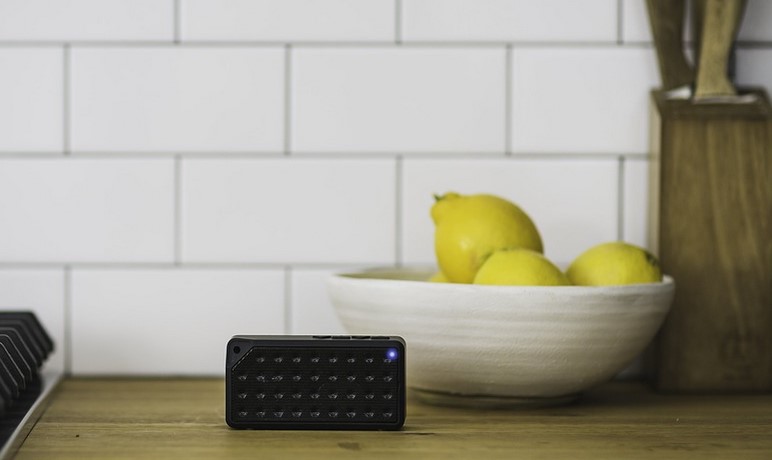 TrackR is a line of tracking devices, the most popular of which is called TrackR bravo. For the purposes of this review, we will use the general term “TrackR” although our tests are specifically with the “bravo” version. Based on conversations with other users, our experiences with the bravo version is paralleled by their experiences.

TrackR is a coin-sized device which you can attach to any item (some users have even attempted to attach them to a pet’s collar). Popular choices are keys, phones, wallets, bicycles, purses, ets. With a smartphone app that connects to the TrackR via Bluetooth, you can see the item’s last known location, or you can even engage a ringer which helps you more easily locate the TrackR. Conversely, if you can’t find your phone, you can press the button on the TrackR to make your phone ring, even if it’s in silent mode. Finally, there is a “2-way separation” alert so that both your phone and TrackR-enabled item will not get too far apart. A “Crowd GPS” feature can help you find your TrackR device if it is within range of any other TrackR user. 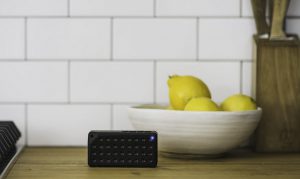 The features are impressive, but does it work? In short, it depends.

You can fit TrackR in wallets, on key rings, or on valuables quite easily. Setup of the app is also quite simple. When it works, it works pretty well. It appears that the majority of users have stated that they purchased the device to keep track of their keys, and a small majority of consumers seem satisfied with how well TrackR performs this task.

The screen shots below, from a TrackR promotional video, show how it can attack to keys, bikes, or purses.

There are, of course, some caveats to potential buyers of TrackR devices. We found the sound on the TrackR – which you are supposed to use if you can’t find your item – to be barely audible. If your TrackR is in your wallet, for example, the sound may not be loud enough to be heard. Additionally, the tone itself is so high that people who can’t hear high frequencies (such as many elderly individuals) may not be able to hear it at all. There should be an option to change the tone to suit the user.

Another drawback, which we will combine into one “con” is that of battery life and Bluetooth connection. Although the TrackR website suggests that the battery will last a year, we have not found this to be the case. Some customers have said they purchased theirs with batteries weak or already dead, and others have said the battery died within a few months. If you combine this with a Bluetooth connection that tends to be broken often, the experience of TrackR becomes degraded. The product won’t work at all with a dead battery, nor will you get much use if the Bluetooth connection continually breaks. One user tried to increase range by installing fresh batteries, and found the TrackR’s performance to increase dramatically. If you find the device to be under-performing, you may want to try a fresh battery before giving up on it.

The ability to “reverse” track your phone from the TrackR is of limited value because the app needs to be running in order for this feature to work.
Crowd GPS

Another feature which sounds good on paper is Crowd GPS. If your device gets out of range, other TrackR users may pick up a signal and help you find your item. In other words, if another TrackR user is in range of your device, it will show up on your map. While this is an impressive feature, it is of limited usefulness in the real world because the number of TrackR users is not high enough to rely on getting much help from the feature. It is also not technically “GPS.” If TrackR becomes more popular, this feature may become more useful.

Although the TrackR website includes a “coverage map” which gives the indication that a majority of the country is “covered” by its Crowd GPS, the reality is that another TrackR user needs to be within about 100 feet (or less) of your device to trigger an alert on your phone. The map below gives the impression that there is an unbroken flow of users from Florida to New England, which is accurate. The number of users needs to increase almost exponentially for this to become a reliable feature.

You may find some other reviews regarding slow or unresponsive customer service, but this has not been the experience of those we have spoken with who have purchased TrackR. The company has reps monitoring Amazon and social media who ask how they can help customer complaints. Email and telephone customer service seems to be hit and miss. One tester had the battery die shortly after purchasing TrackR, and customer service reps replaced it for free.
TrackR Atlas

Perhaps in response to some of the customer feedback for other TrackR devices, the company has announced TrackR Atlas, which is a system of monitors that plug into every room of your home. Any TrackR-enabled device will appear on a map in the smartphone app. This product is in pre-order status and is priced at $39 for one device, $99 for 2 devices, $199 for 4 devices, and $200 for 10 devices. It does not help track anything outside of the home.
3-Stars Everywhere

As of this writing, TrackR has a 3.0 star rating in three of the most popular places you will expect to find it: Amazon, Google Play Store, and iTunes. As we suggested above, a small minority of users do find it to be a valuable product, although there is a vocal minority who have said it didn’t work as expected, or even at all.

You may want to take the Amazon reviews with a grain of salt, by the way. If you take the time (like we did) to look at each reviewer’s profile, you’ll find a number of 5-star reviews by “customers” who have only posted a single review – for this product. We’re not saying those are all fake reviews, but they do command additional additional scrutiny.

There are other products which offer similar features to TrackR. There is another As Seen on TV tracker called Magic Finder, which can still be seen advertising online. The features are generally the same, although we found Magic Finder to be somewhat buggy and of limited use. There are also a number of Bluetooth trackers on Amazon, some of which are highly rated with thousands of reviews.

TrackR is a brilliantly-envisioned product that has room for improvement in areas such as battery life, signal volume, Crowd GPS, and Bluetooth connection. When it works, it’s a phenomenal gadget. When it doesn’t work, it can be just as frustrating as the problems it is supposed to solve.

I create the article above by using Amazon Tracker tools aka AmzTracker that I got from seo tools group buy and I love domcop service as well. 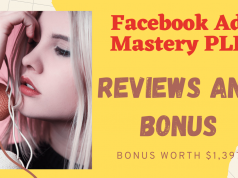 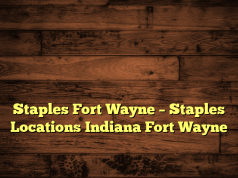